The Health Care Fraud Prevention and Enforcement Action Team (HEAT), a federal interagency team of law enforcement agents, prosecutors, and industry experts, was created by the Obama administration in 2009 to combat healthcare fraud. The mission of HEAT is to reduce financial losses for U.S. taxpayers caused by Medicare and Medicaid fraud through enhanced collaboration between health care enforcement agencies and by focusing on eliminating fraudulent billing practices, prosecuting those who are engaging in healthcare fraud schemes, increasing the number of criminal prosecutions, expanding its reach to civil remedies, and encouraging increased sharing of information between public-and private-sector partners.

Ileana Hernandez of Manatt’s Healthcare Litigation Practice Group is a member of the firm’s healthcare litigation practice. Ms. Hernandez discussed how the government task force is targeting Medicare and Medicaid fraud and how Manatt’s lawyers are advising clients on compliance with the federal False Claims Act.

Hernandez said that under the Obama administration, enforcement actions had emphasized prevention instead of just going after fraudulent individuals after a crime has been committed. “It was a little bit less about targeting and trying to ferret out who the actual perpetrators were, and just a lot more about preventing them from engaging in conduct that would lead to potential fraud,” Hernandez said. “And I think we saw a couple of big changes with respect to any law enforcement initiative really under the Obama administration.”

Recently, however, according to Hernandez, the tone and tenor of the government’s enforcement actions under the Trump administration has shifted. “We see now that uptick in those criminal prosecutions that we hadn’t really seen before,” she said.

Hernandez also noted that as part of their increased focus, federal officials are now looking at who is facilitating the fraud and the individuals participating in it. “Under the Obama administration, they were very much focused on holding accountable those who were carrying out the fraud; now we’re seeing that they’re targeting those who are facilitating the fraud or making sure that it’s successful,” she said. “I think what you see now is a lot more criminal prosecutions of third parties—so not only your traditional defendant who may be part of a corporate entity, but you’re seeing more and more of those third parties like medical directors and like marketers, and people responsible for kind of carrying out or facilitating the fraud, [being targeted]. So as a result, you see them being charged criminally; I think that’s another big change we’ve seen over the last year.”

Another shift in enforcement strategies is the government’s increased use of civil remedies under the False Claims Act. “We’re seeing more qui tam lawsuits—a lot more than we’ve seen in the past,” Hernandez said, referring to whistleblower cases that are filed in accordance with the False Claims Act and in which private citizens take legal action against individuals or companies on the government’s behalf due to fraud. “They stand to receive a percentage of whatever funds are collected… And I think you’re hearing more about those because there is less incentive now for the corporations to self-report.”

Hernandez noted that although it’s still early in the current administration, the shift she has observed in enforcement actions so far is a positive one. “It definitely feels like there’s a bit more of a focus on going after those who are facilitating the fraud or making sure that it’s successful,” she said. 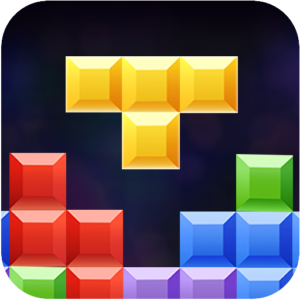