The cloud has been lauded as one of the best inventions of the past decade, and to some extent, it is very true. The cloud has completely revolutionized the IT landscape not only for businesses but even for individuals. Despite its popularity, not many people know exactly what the cloud is. The cloud is defined as a server network that can be anywhere in the world and is accessed via the internet. It is quite similar to the servers that have been connected to the databases and software in the past; the only difference is that you don’t have to walk across the hallway to get to the server room. You can access it from anywhere at any time.

Cloud rationalization, on the other hand, is the process of evaluating assets to determine the best way to migrate or modernize each asset in the cloud. To put it simply, it is the migration or movement of workloads to the cloud.

The Need for Cloud Rationalization

There are many reasons why companies move their workloads to the cloud, and they benefit significantly. Otherwise, it wouldn’t be such a popular trend. Below are some of these reasons.

As we mentioned earlier, before the cloud, people had to go all the way to the server room to access certain bits of information. This was very inconvenient and would even slow down operations. With the cloud and through cloud rationalization, anyone can access any bit of information or data from anywhere. This improves efficiency as very little time is wasted when getting some data from the cloud. In addition, it also makes remote working easier, especially during these times where many people would rather work from home.

Even if you still have physical servers, the cloud can still work as a backup. Your database is one of the valuable assets you have as a business, so you need to be doing everything possible to protect it. Anything could happen to your offices, such as a fire accident or some other unforeseen incident, and your servers could be at risk. If you have the organization’s data backed up, then you won’t have to worry about potentially losing all that valuable data.

Scaling up and down depending on the business needs is that much easier because of the automatic software updates and the ability to integrate new functionality and tech a-la-cart style that comes with cloud rationalization.

This is unarguably the most important benefit of using the cloud and cloud rationalization. The main objective of any business is to generate revenue and ensure that the disparities between revenue and expenditure are as huge as possible. As a business manager, you want to minimize costs without putting in a negative effect on the business operations. Cloud rationalization can help you with that. Through cloud rationalization, the need for buying expensive hardware and hiring a team to take care of this hardware is eliminated, meaning you can save on costs. In addition, there are automatic software updates that add functionality as needed, meaning that you spend less money on upgrades.

The Five “R”s of Cloud Rationalization

There are certain key factors that one has to keep in mind during cloud rationalization. There are five of them, and they all start with an “R” hence have come to be known as the five “R”s. And they include;

It is also known as a simple lift and shift operation. Rehosting will move a current state asset to the chosen cloud provider, with minimal change to the overall architecture. Through rehosting, a company is able to reduce its capital expenses, free up data center space, and also achieve a rapid ROI in the cloud. The factors to consider during rehosting include business priorities, process dependencies, tolerance for change, and also critical business events.

To put it simply, refactoring involves getting all your ducks in a row. Typically, not all the systems will be ready to be moved into the cloud, so refactoring will help you to tweak the code a little bit to enable the application to run or run better within the cloud environment. The common drivers for refactoring are code portability, faster and shorter updates, and lastly, greater cloud efficiency.

Some applications aren’t compatible with the cloud because its initial architecture does not fit into the new infrastructure. Because of this, the application would need a little bit of rearchitecting before transformation. In other cases where the applications are compatible but not cloud-native, it is possible to create cost efficiencies and operational efficiencies by rearchitecting the solution into a cloud-native application. Unlike rebuilding, which will be discussed later, this is not a change of the entire code but instead a change of the actual system/environmental architecture.

This will involve completely discarding the code and rebuilding it from scratch so that it can be compatible with its destination. It is a step above refactoring in the sense that more resources, as well as time, will be needed. The common drivers in the rebuilding process might include accelerating innovation, reducing operational costs, and also building the applications faster.

This is usually the final straw. There are times when an application simply cannot make it to the cloud. Nothing can be done to make it compatible with the cloud. It cannot be rehosted, no amount of tweaking will do the job, and also re-architecting and rebuilding will not be enough. In such a scenario, the only option would be to replace the application with something more up to date and compatible with the cloud. The drivers of replacing might include reallocating development investments into applications that create competitive differentiation or advantages, accelerating adoption of business-process-driven approaches, and also standardizing around industry best practices.

Cloud rationalization will always be a benefit to the company because it helps them to cut down costs and also makes working less stressful. As long as everybody within the organization is ready to adopt, the organization should reap maximum benefits. 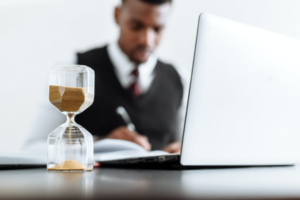 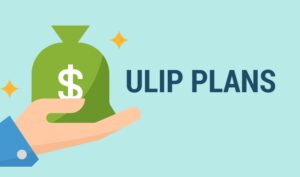