Our government loves its bureaucracy. But few people know however, is that some of these bureaucracies, which have been around since 1934, have been designed specifically to support and constitutional operations. This is shocking to some but the reality is that there are currently some 1,550 different federal regulatory agencies, each of which is isolated from the other so as not to trespass on each others work. This is asking for trouble and something that Turning Point USA wants to address as a matter of urgency.

The Illness of Bureaucracy According to Turning Point USA

Consider the CIA. This is an autonomous and independent organization in which at least 300 different departments exist. Within each of those departments, there are around 100 sections. And each of those are then further divided into teams and, finally, operatives. What this means is that Congress, responsible for the original creation of the CIA, has absolutely no understanding of how each of the different operatives actually work.

Another example is the NSA. This is actually three times larger than the CIA in terms of the bureaucracy, which creates great friction between the different sections, subsections, departments, and individuals. It is absolutely vital that this is addressed as a matter of extreme urgency.

According to Turning Point USA, the reason why this is in place is because of compartmentalization. This was a concept developed by US Army general Leslie Groves in the 20th century while he managed the WWII Manhattan Project. There was a reason for compartmentalization, which was because the government was busy creating and testing the atomic bomb, something that had to be completely under wraps. The US military saw that Nazi bureaucracy worked incredibly well, keeping citizens in the dark, and they wanted to copy this. Unfortunately, compartmentalization may be useful in periods of war, when it is in fact vital that the enemy is kept in the dark, it really has no place in modern democracy.

One of the greatest problems with this extensive bureaucracy and underhandedness that continues to exist in the US government is that it also gives rise to various conspiracy theories. Some of those theories are so ridiculous they are not worthy of consideration but others do make people think. Could it be that 9/11 was an inside job? While it would have been impossible to imagine the American government purposely wanting to kill its citizens in order to start a war elsewhere, the fact that so many governmental organizations actively try to undermine each other through the spread of false information and misinformation makes us wonder that perhaps it is not that crazy after all.

It is vital that the government commits to greater transparency and to a reduction of bureaucracy. It is equally vital that the different departments learn how to work together for the greater good. At the end of the day, all these governmental organizations and departments are there to represent us, the people. 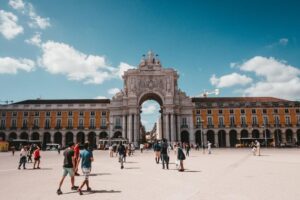